About German Car Brands and Their History –

Germany is well-known for being a residence of most of the largest and most powerful automakers around the globe. All of which most people from around the world are familiar with. Some popular car brands include Volkswagen, Porsche, Mercedes, BMW, Audi… Now, let’s look at some of the popular (German auto companies,) they are as follows –

In 1909, it was founded by August Horch, now based in Ingolstadt, Germany. Audi was named after its founder Horch, whose meaning is ‘listen’ in German. So, Audi means ‘listen’ in Latin. One of the things that you will know about the manufacturer is that it is well-known for offering a wide range of luxury vehicles ranging from hatchbacks and superminis to SUVs, with a variety of content. Because many companies are branching out electric cars, they are also branching out EVs – with e-Tron, and they are even producing their supercar – R8. One of the most popular slogans of Audi is ‘being ahead through technology’,  also known as Vorsprung Durch Technik. And they are one of the most luxurious and leading car manufacturers all around the globe. BMW is also known as Bayerische Motoren Werke. In the year 1916, it was founded by Franz Josef Poppe. Another thing you will know is that it became an automaker in the year 1929. They have their HQs in a building shaped like the four cylinders of an engine – in Munich. They are one of the most luxury manufacturers which specializes in sports cars and saloons. Another thing you will know is that their line-up comprises hatchbacks and SUVs, and more recently, they are popular in their electric and hybrid vehicles like the i8 and i3. They are similar to most of the manufacturers on the list, and BMW is especially known in f1 & touring cars.

In 1926, Gottlieb Daimler and Karl Benz created Mercedes Benz, a luxury automaker. They are based in Stuttgart. Initially, it was called or known as Daimler-Benz, and besides that, one of the founders, i.e., Karl Benz, is liable for the first practical automobile – the Benz patent motorcar (1885). In the year 2018, (Mercedes German) was known as the largest only automaker all around the globe, having sold 2.31 million cars in a year. They are well-known for making a wide range of vehicles, from trucks to saloons to sports cars and even the ultra-luxury Maybach; the production has slowed down of late. The company has even planned on producing all-electric SUVs. 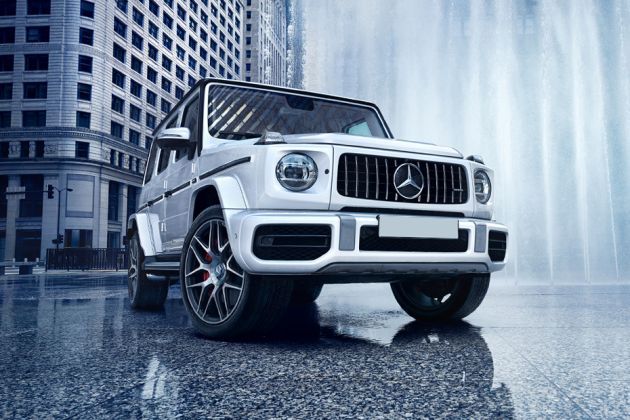 Volkswagen, also known as VW, was created in 1937 by Ferdinand Porsche. It is also known as a people’s car. In an international advertising campaign, the name Volkswagen is used. It is also one of the (German luxury car brands). One of the things that you will know about the VW group is that it comprises automakers like that Bentley, Porsche, Audi, Skoda, Bugatti, Lamborghini, and Rolls-Royce, including Scania, which was the largest automaker all around the globe with increased sales in the year 2016 and 2017.

Though they do not have the same racing lineage or luxury names as other German manufacturers, Volkswagen still comprises a wide portfolio of cars, including super minis, saloons, hatchbacks, SUVs, and trucks. With the ID series, electric vehicles are also created. In the year 1931, Porsche was founded by Ferdinand Porsche. One of the things you will know about them is that they are based in Stuttgart. Another thing you will learn about them is that they specialize in sports cars and have the most racing lineage of the automakers in German. It is only because of their racing lineage; Porsche is especially known for the sports cars and supercars – and everything they have done is connected with this. They work similarly to most automakers, like saloons, supercars, and SUVs, and will create some electric cars too. 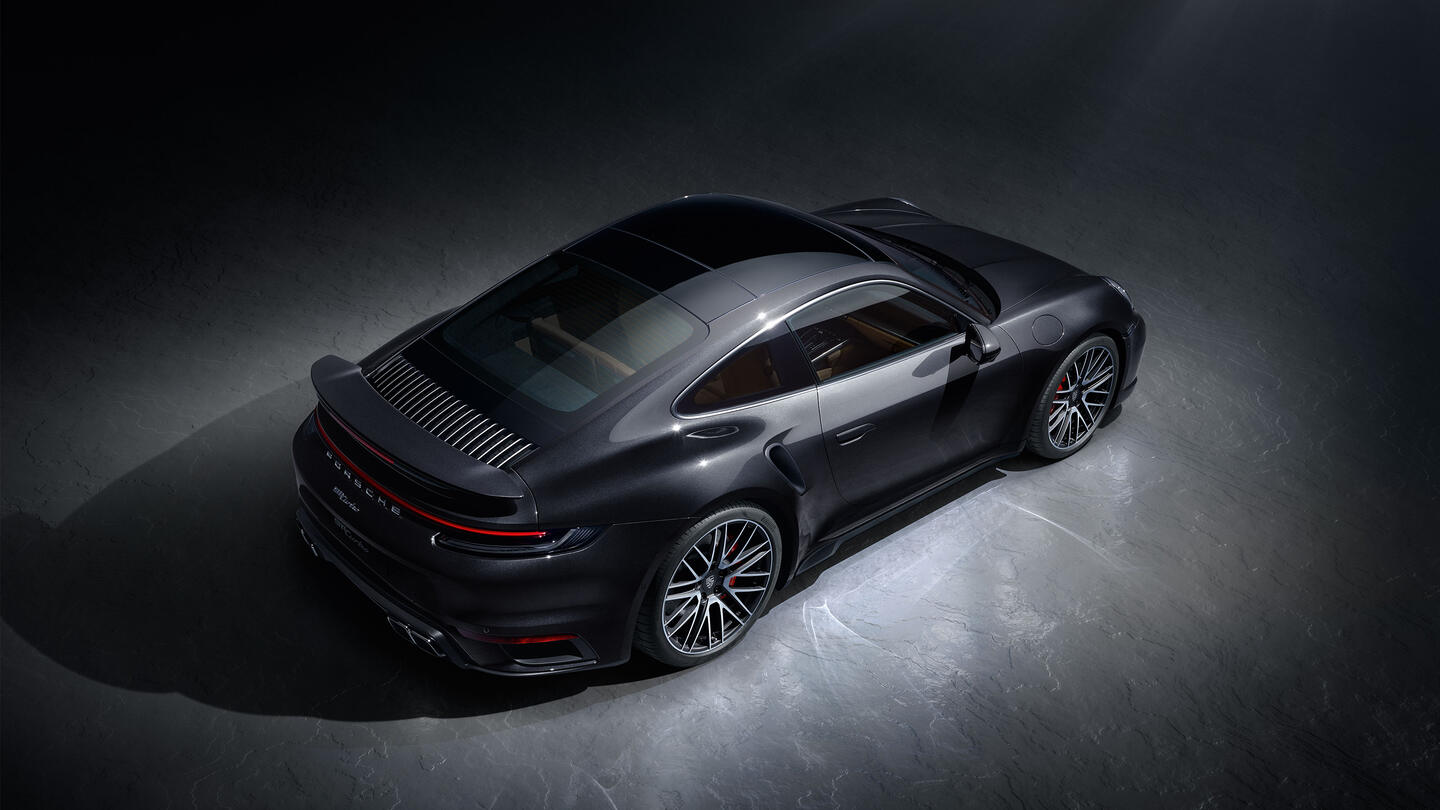 This is just a line that describes the German automakers. The German automakers are well-known for their best-selling and best looking, and best-performing cars of all time. And many of these did not come from the big manufacturer mentioned above. Some of the brands of vehicles also comprise Opel, Gumpert, and Alpina, which perhaps deserve mention for their works in motorsport and some impressive cars in their history.

One of the things that you will know about Germany is that its reputation for automotive engineering is unparalleled. Germany or Germans has the efficiency, quality, and innovation in the or among the world-leading car brands with some good reasons for the same. Another thing you will know is that nation’s heritage goes back 100 years and has rested within the German culture. Doors to bold new ideas are opened with the precision engineering that is very much valued in Germany.

If you check on average, you will see that ten new auto patents are registered each day. On research and development, a 3rd of Germany’s expenditure goes. There are more than 88k people employed in Germany with R&D roles across the industry. It is not only the brands of Germany that benefit from the same but also other companies across the world are taking advantage of Germany’s innovation and others.

Since the idea’s inception, automobiles have been planned and designed in some form or other forms throughout the years. In the 17th century, ththere steamowered variations existed. Still, when people think of the car, it is usually the one that we envision is powered by the internal combustion engine – that takes us to 1864 when the 1st petrol powered Siegfried Marcus of Germany invented propulsive vehicles born in the town of Malchin, which was back then known as the Grand Duchy of Mecklenburg-Schwerin. But now it is a part of Germany. Marcus worked as an engineer and technician in Vienna, creating mechanical and electrical equipment. The first car he designed is of a simple handcart, with wheels powered by an internal combustion engine that used petrol as the fuel.

To start them, the wheels had to be lifted off the ground. Then, Marcus went on to create more petrol-powered cars, each with an improvement on the last one. In 1888, Marcus designed a model which Schulz, Bromovsky, and Märky built, and it was closer to the kind of early cars that would soon fill the world’s streets. It completed the driver’s seat, steering wheel, clutch, and brake. You can see the vehicle, which is still in Vienna’s technical museum today. Though Marcus was the first one to introduce a vehicle with a petrol-powered internal combustion engine, his designs were not very practical. The first successful automobile which went into complete production was the Benz Patent-Motorwagen. It was designed in Mannheim in the year 1885 by Karl Benz.

Karl previously also worked in developing a four-stroke internal combustion engine late in 1870 and ultimately found a way to fit into a three-wheel coach in the 1880s. 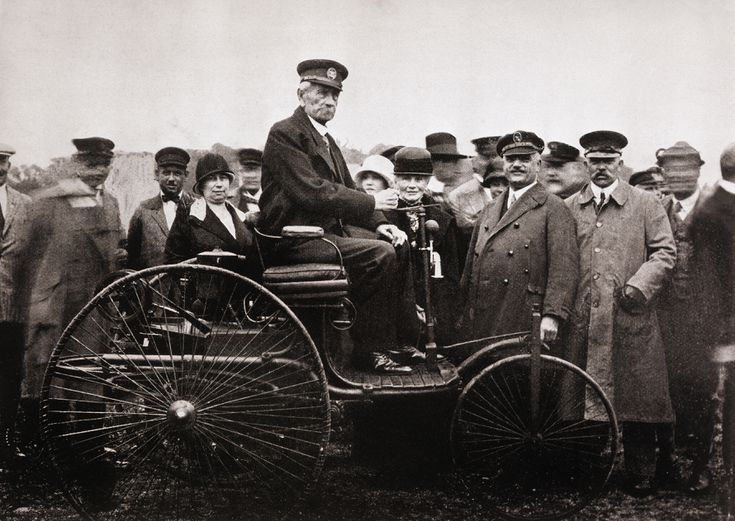 Another inventor, Gottlieb Wilhelm Daimler, worked independently on a four-stroke internal combustion engine. He built a similar car and created his own motor company, Daimler Motoren – Gesellschaft, in 1887.

Though Karl had his invention in the year 1886 as patented but his difficulty was in searching for investors to start the production. It was until one fine morning in the year 1888 August, when his wife Bertha Benz took his car on the world’s long-distance trip first – 104 km, i.e., 65 miles from Mannheim to Pforzheim to visit her mother; then the concept was proved that the horseless carriage is capable of long-distance travel, then this is how ben began the production of his car. 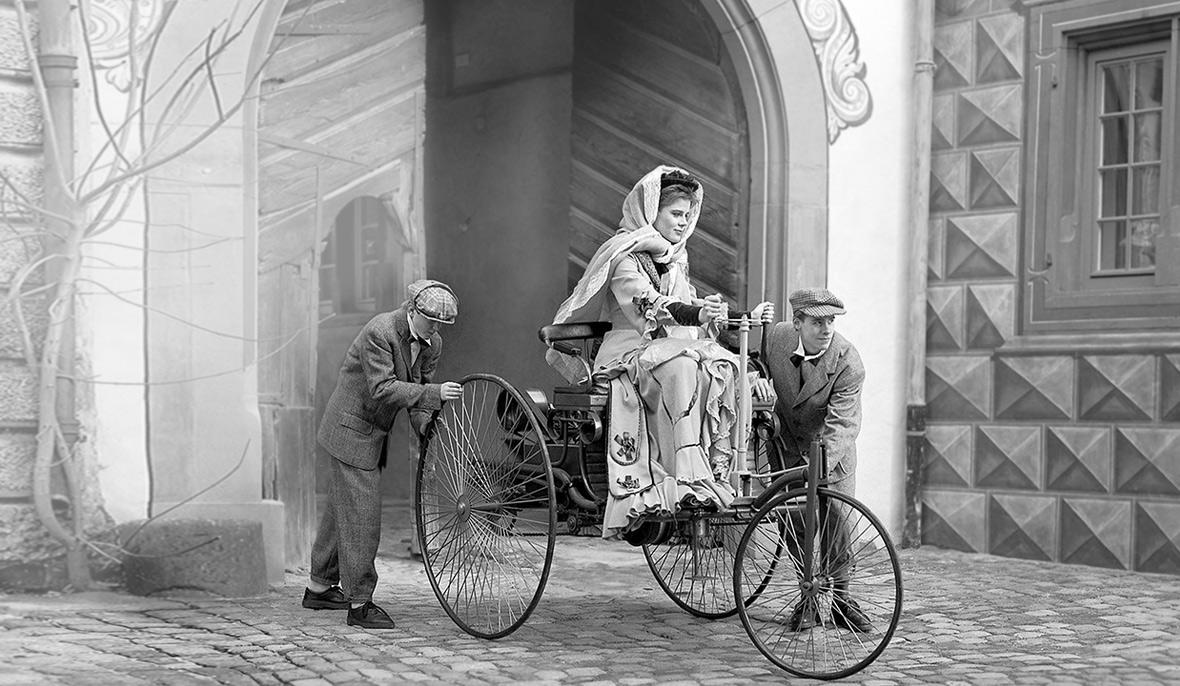 With the increased demand for car demand stationary engines, Karl Benz had to expand their factory. And, till 1899, there were the country’s largest automobiles and 430 employees; that year, in 1899, they produced 572 units.

Till 1900 mass production had begun in the United States and France. Automotive companies started to develop in Belgium, Australia, Italy, Denmark, Sweden, and Switzerland. And, back in Germany, 900 cars were being produced every year. 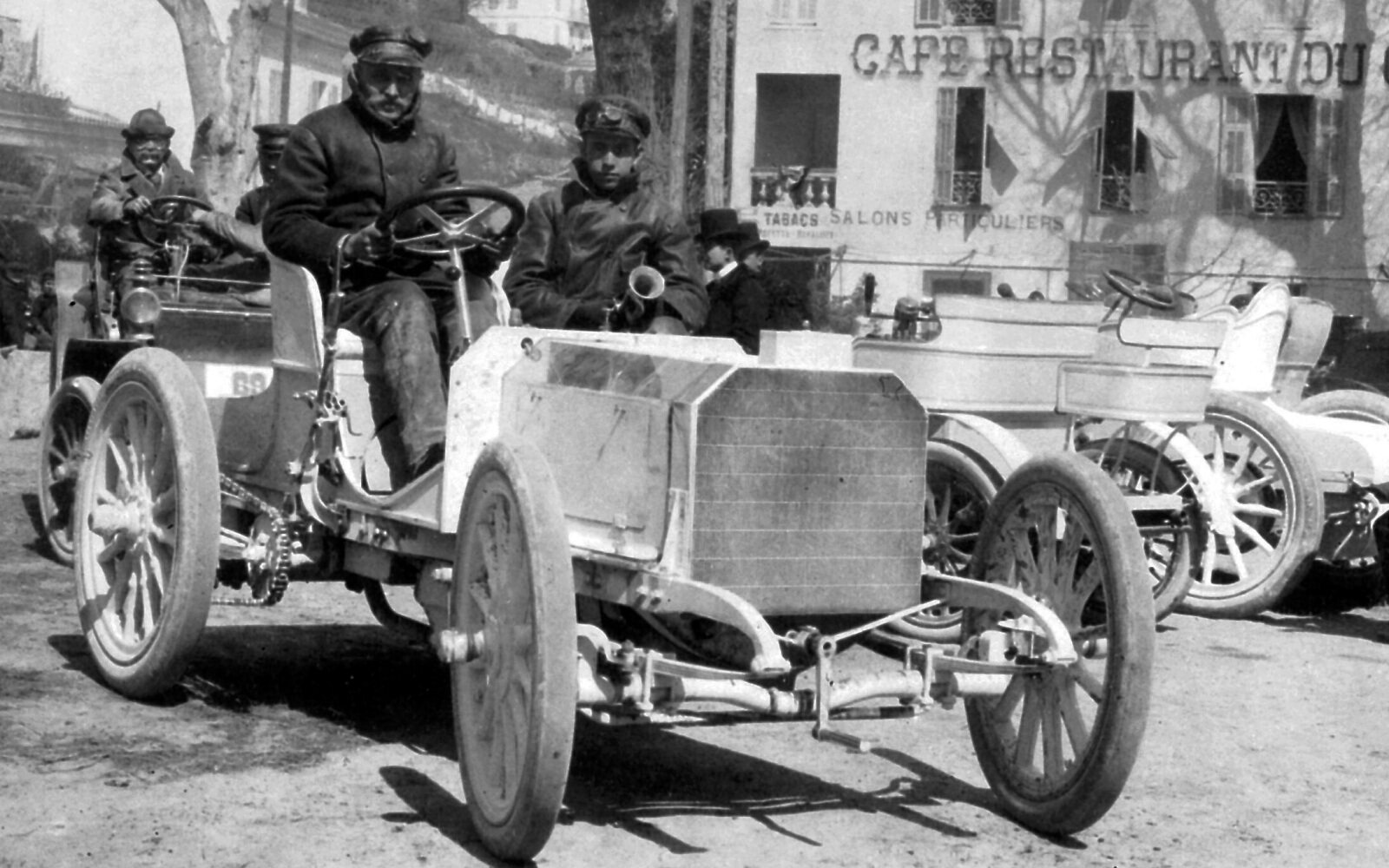 Even after the successful designs, the companies in Germany could not produce the cars quickly enough to meet the needs the demands of the people – opening a marketplace to American manufacturers, including Henry Ford. His company could mass produce the cars much faster. American car manufacturers saw the talent in German designs, with Ford opening a successful German subsidiary Ford -Werke in 1925 and then GM taking over the German company Opel in 1929.

Then, Germany faced further problems in the industry, and with war, things were devastated, having a huge impact on the economy of Germany. In 1920 Germany had around 86 auto companies, and by the end of the great depression, only 12 survived.

After the economic downfall, Daimler and Benz made a pact to standardize their design and production. Then, in the year 1926, the companies merged bringing Daimler-Benz Company. 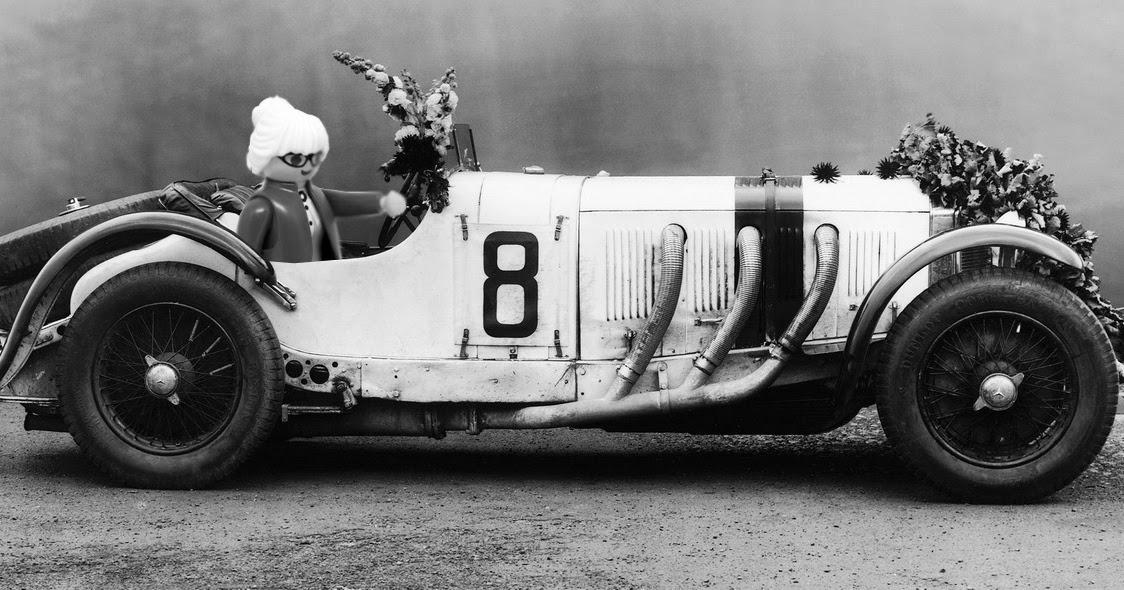 The hostility between Benz and Daimler continued, and anothe. Another joined when a former airline engine producer switched to creating automobiles in 1928 – the company was BMW – also known as Bayerische Motoren Werke.

In the 1930s – the Porsche Company was started by Ferdinand Porsche. Initially, it was a motor vehicle development company and consulting firm, and later, it started creating its cars. Then, in 1948, Porsche’s son Ferry put the company on a new path and launched 365 Porsche sports cars. He even thought to design one car that would complete the criteria for the same.

In the first race at Innsbruck in 1948, it won and was later refined and re-engineered with a concentration on enhancing its performance even further. The components were used from the Volkswagen Beetle, which includes an engine case, suspension, and transmission. It was made with a sleek body, an air-cooled engine configuration, and just driving, which made it lighter. , The engine was in the back of the vehicle – a trend for which Porsche is still widely known today.

Later in the year 1949, the Beetle was introduced in the USA but sold only two units in the first year. To standardize the sales, Volkswagen of America was soon launched in April 1955, and soon action ramped up. And, till 1955, 1 million VW beetles were manufactured. 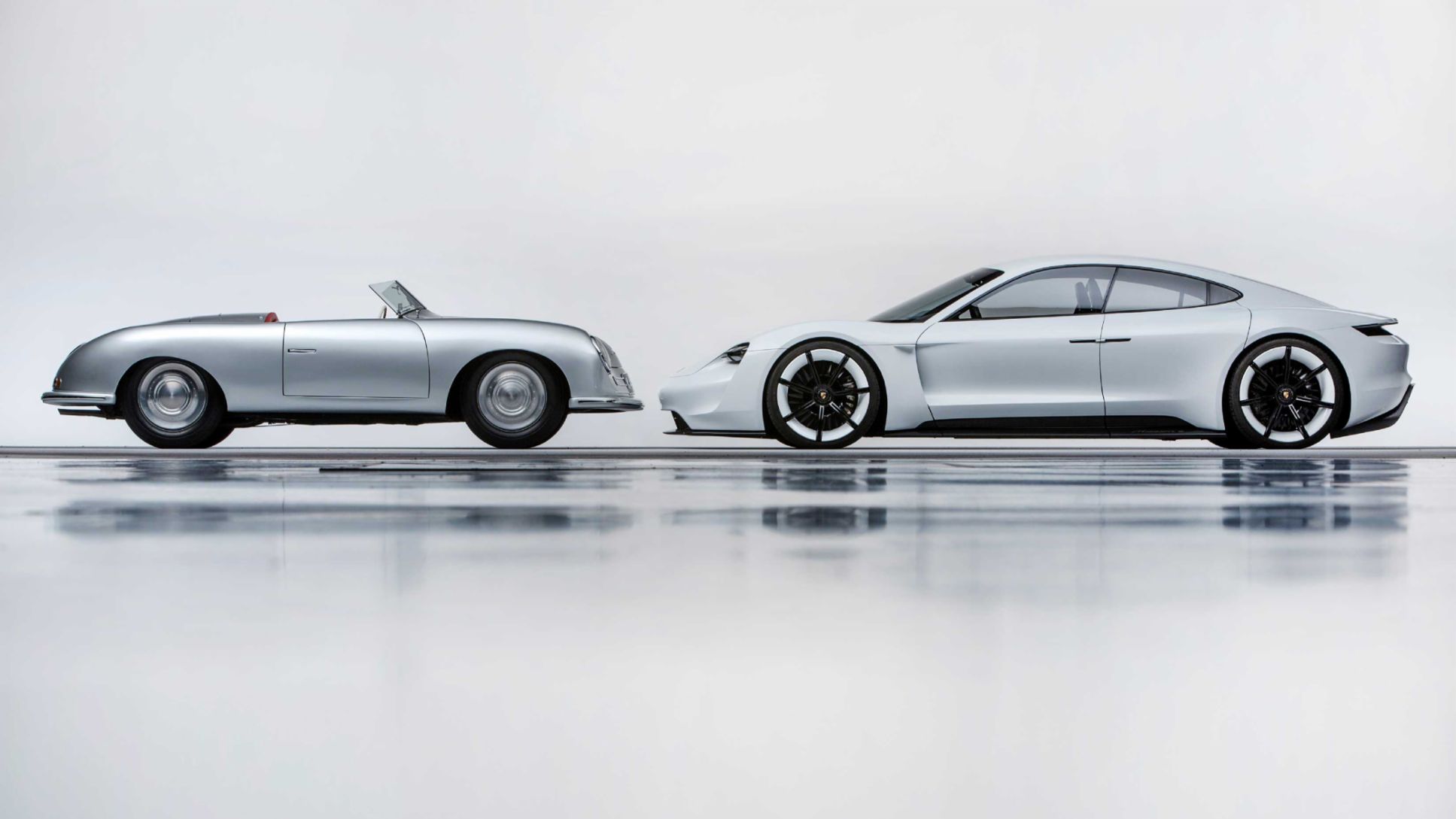 Then, other forms of success for VM came when the type 2 t1 camper van was introduced in the year 1950. Its demand had increased and was great, so a plant was opened in Hannover 6 years later. So, the iconic symbols of the 1960s were the beetle and the VW camper. 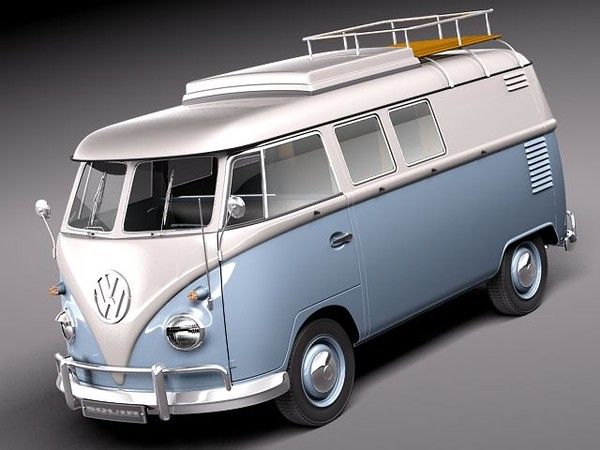 One of the things you will know about German engineers is that they are continuing their development to bring modern chic, revolutionary technology with an impressive performance capability for the future of the car industry. With brands like Geely and Tesla opening new plants in Germany, it clearly shows that the reputation for ambitious, high-quality machines is recognized all around the globe and will continue in the future too.